THE FAMILY AND LSD

The history of LSD and its prolonged use by psychiatrists in The Family.

Charlotte tells of her childhood in The Family, from her early years in England to her arrival at the sect’s property in Lake Eildon.

Sarah Lazarus reveals what it was like being raised by parents who joined The Family in the late 1960s.

Operation Forest detectives fight to expand their investigation of The Family, even if it means betraying the police brotherhood.

Les Johnson talks about his father, Dr Raynor Johnson, co-founder of The Family with Anne Hamilton-Byrne. 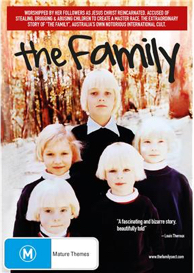 The Cult of The Family series builds on the celebrated feature documentary The Family (from director Rosie Jones and producer Anna Grieve), which premiered to sell-out audiences at the Melbourne International Film Festival (MIFF) in 2016.

‘A damning, absorbing portrait of one of the most insidious groups in Australian history … an engrossing study not just of a specific situation, but of the psychology behind it.’ – Screen Daily 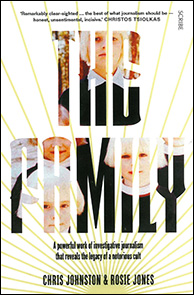 There is also the book The Family – a powerful work of investigative journalism by Chris Johnston and Rosie Jones, published by Scribe.
https://scribepublications.com.au/books-authors/books/the-family
https://theeducationshop.com.au/books/the-family/